Logo History: from Ancient Civilizations to The Present

Logo history begins in the modern age, do you think like it? In fact, logos as symbols or symbols to visually communicate something have been around for thousands of years.

Primitive societies in 70,000 BC to 7,000 BC laid the foundation for graphic arts by making simple paintings on cave walls. People in Assyria, Egypt, Carthage, Persia, Media, and Sumeria, as early as 8,000 BC, made pottery that communicated aesthetic, ethical, cultural, socio-political, and religious information.

Around the year 4000 BC. the ancient Egyptians not only developed hieroglyphs, a formal system of writing, in which images represent words or sounds, but they also made other works, their paintings and sculptures include meaningful images and colors. 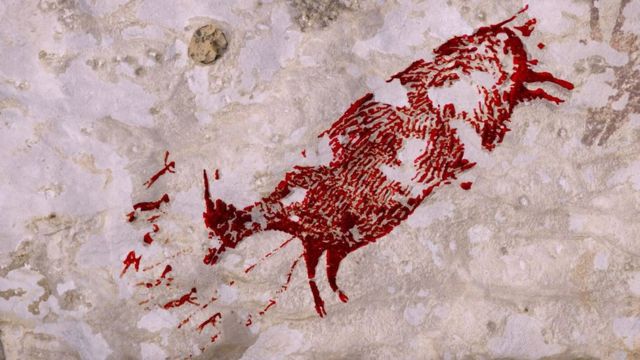 This is simply drawing on a cave wall. (source: bbci.co.uk)

Between 2125 and 1991 BC, Egypt experienced great developments in the art of ancient design. This development is important for logo design, as it ensures that the artist effectively maintains proportions and ratios – and ensures uniform reproduction of the same design.

This is not to say that only Egypt uses images symbolically. During the same period, calligraphy roots in the form of characters developed in China. Here is each word or idea has its own symbol, and this foundation influences later languages, even less visual character characters (like English).

In medieval Europe, we will see two distinct visual languages ​​emerge: heraldic crests and symbolic signage. A Symbol is a system of making elements that are meaningful and describe the status of society. A certain set of colors and shapes represents a certain noble family. This collection of images is combined to create a unique emblem.

In medieval Europe, the purpose of making the symbol was to identify one’s own troops with enemy soldiers while fighting. Design elements have meaning and help people identify a particular “brand.” 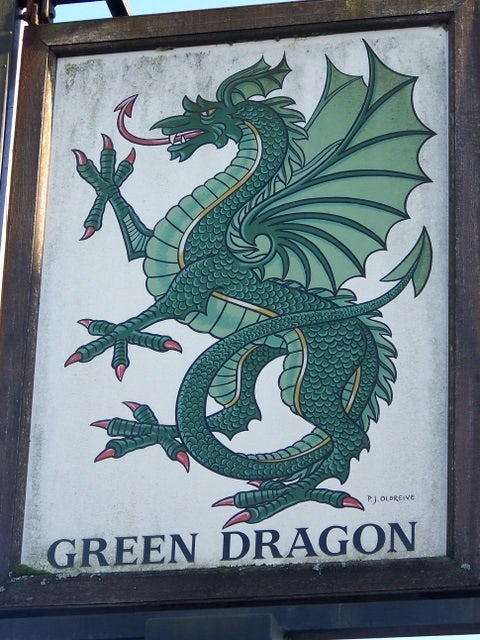 Outside the aristocracy, most of the population was illiterate. In the years 900 – 1300 AD, the population began to increase, causing more and more people to move to the city. Society shifted from an agrarian way of life to trade. This has led to an ever-increasing number and variety of goods being traded as people cannot make everything they need. Shops began to hang signs to identify the goods or services they provided – like a signboard with a striped barbershop symbol and a cross representing a pharmacy.

In 1389, King Richard II of England passed a regulation requiring brewers to put marks on their beers. This causes one business to differ from one another in terms of labels, such as “Green Dragon”.

And then the images are augmented by the name, allowing customers to develop a sense of brand loyalty to their favorite brewer.

The early paper appeared in China in 105 AD Then spread to Japan around 610 AD. In contrast, it was only around 1276 AD that paper was first made in Italy, after being imported by Arab traders to Europe. And finally made in England around 1495 AD.

Johannes Gutenberg invented the printing press in 1440, which led to massive production of printed materials. Then the authors and publishers of their work use the logo design to claim ownership of their work. Then, in the late 15th century, various publishers and printers used logos to identify their work.

With the printing press, came more prints. In the mid-1600s we saw the first fast-growing printed newspaper gain popularity. From here comes a new business: Advertising. The funds from these advertisements are used to fund newspapers. Printing provides a new reason for businesses to differentiate themselves from competitors. We can see that the printing of paper and textile has greatly influenced the history of the logo. 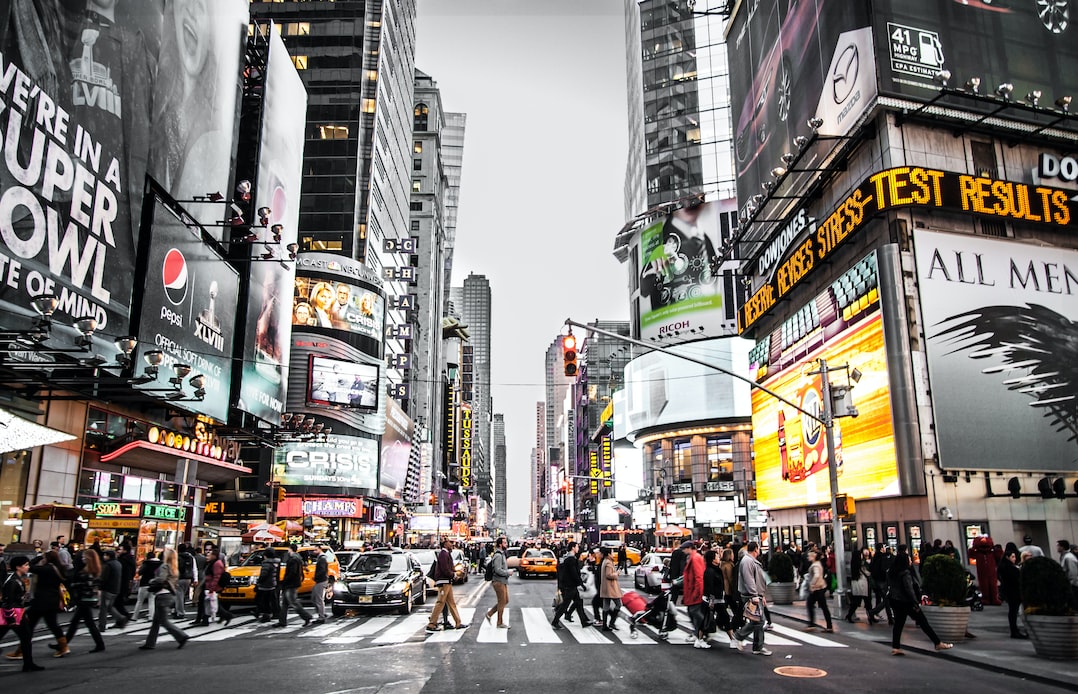 When thinking of the industrial revolution, the first things that come to most people’s minds are steam engines, large factories, and cotton manufacturing technology. But this was not the only kind of technology that developed in the nineteenth century.

During the 1800s, mass production of printed materials as possible. This was due to changes in the structure of the printing press and the design of new steam-powered technologies. Chromolithography – which allows mass printing of colors for the first time. The machine first arrived in the United States in 1840, and by then, printed labels, advertisements, and colorful posters became a common sight.

Also with the Industrial Revolution came the middle class. For the first time, people who are not in the upper class of a society’s social structure earn more than their daily needs. This has led to an increase in retail and urban centers. Naturally, when a business grows, branding develops.

Frank Mason Robinson designed the Coca-Cola logo in 1885, heralding the start of a modern era in logo design. People commuting to work and coming home from work or just traveling out of town can look for the Coca-Cola logo and stop for a drink. The Coca-Cola logo is becoming one of the most famous brands in the world. Between 1910 and 1913, commercial logos became a common sight in the US and Europe.

The era of creative logo design

In 1956, Paul Rand designed the iconic pictographic IBM logo featuring the human and bee eyes. Most logo historians see this as a turning point in the history of logo design.

Whether it’s one iconic image or a bigger trend, the 1950s marked a paradigm shift in thinking around logos. As companies realized how much impact symbols could have, people began to move away from simply creating utilitarian logos for identification purposes, and began to think carefully about deliberately branding their businesses.

In the early 1960s, various thinkers in the graphic design scene and art directors in London, riding this creative wave of logo design, decided to collaborate to improve the whole field of design more generally. In 1962, they founded D&AD, Design and Art Direction. The organization stated its intention to promote excellence in advertising and design. Between 1962 and 1964, Charles Csuri and A. Michael Noll created some of the first computer art, signaling impending changes in logo design.

1977 was the year of the banner for logo design as Milton Glaser designed the classic “I heart NY” pictogram for a marketing campaign for the New York State Department of Commerce.

In the latter half of the 20th century, logos became a necessity for businesses. If you want customers to remember you, you have to have it, and it must be unique, simple, and clean.

The digital era made a big change in logo history. In the 1970s, computer-generated imagery (CGI) and computer-aided drawing (CAD) technologies were developed. In the 1990’s we saw the popularity of the personal computer. And in the early 2000s, Adobe developed InDesign and Photoshop, bringing powerful digital graphic design tools to the public. 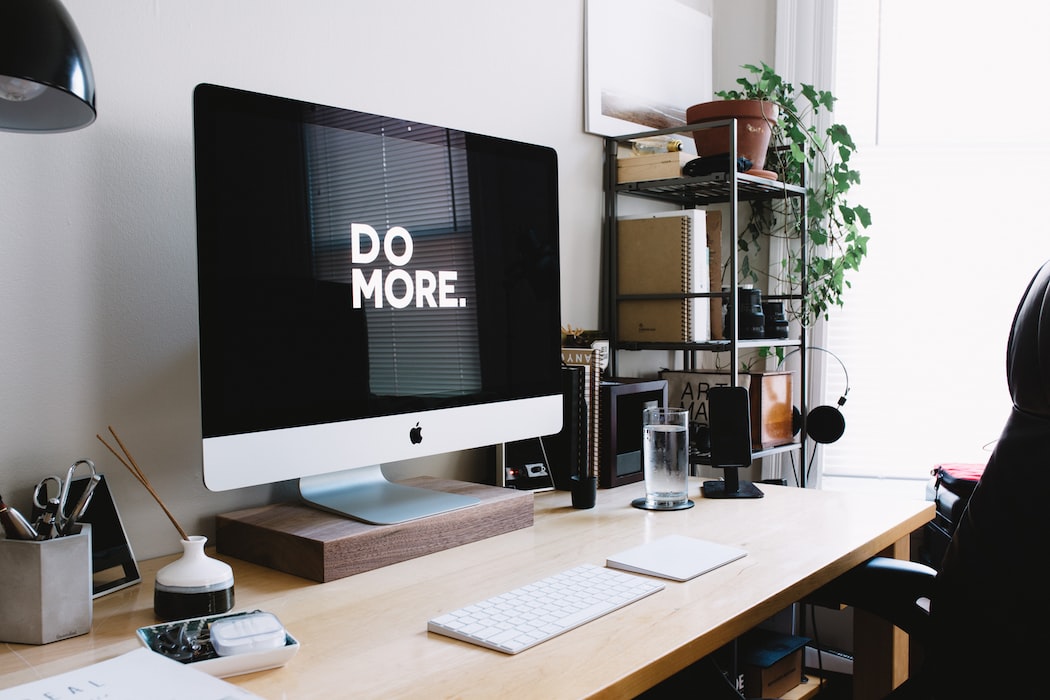 The computer is more important in the digital age (source: unsplash.com)

Society is starting to change in the digital age; People are starting to consume more of their media on screen. Designers started getting creative with their logos. For example, in the 1980s, MTV came along and took the basic logo and reports kept changing. It is this dynamism that defines the brand. When a logo is animated, detonated, destroyed, and vice versa keeps changing, it will erase the edgy alternative MTV message. Before digital screens, this manipulation was impossible.

In the early days of the internet, designers tried to help people adapt to new technologies by making things on screen look like something off-screen. This style is known as skeuomorphism. It manifests itself in gradients, drops shadows, wood and metal textures that exist to bring depth and reality.

Slight changes with Web 2.0. While this term broadly refers to a shift in the way websites are developed and the technology used, it has also become a visual movement. The Web 2.0 logo is everywhere: round letters, bright colors, and multiple gradients (usually with a clearly underlined line in the middle of a wordmark). Next, we will talk about the flat logo history.

As the world becomes more comfortable with digital technology, there is no need to adjust 3D space in a 2D world. Flat design.

Minimalism and flat design, at first glance, seem like a step back in design. These stylistic elements remove realistic styling characters such as shadows, textures, and gradients that make text and other graphics “lift” off the computer screen. But what a minimalist logo and logo design can actually achieve is a sharper, cleaner, more modern feel, and less distraction to the substance of what is being communicated.

What the 2010s have taught us is that brands can embrace adaptability in their logos. Gone are the days of one logo version living for 20-30+ years. Even the big brands have accepted the fact that in order to stay up to date, they need to update their logos regularly.

Don’t think about sticking with the old logo. Change your logo, update your brand, because the world is always changing. This doesn’t mean going through a complete makeover but making subtle stylistic changes to your logo to keep it up to date.

Thus the writing on the history of logo is complete. very short writing. however, we try to incorporate important elements into it. Actually, this article is adapted from 99designs.com

Need logo design but have no idea and can’t create a logo? read our article on this.